"The Taliban tide rolls on ahead of US withdrawal from Afghanistan –
déjà vu all over again "
by Scott Ritter, RT.com (June 27, 2021)
https://www.rt.com/op-ed/500882-military-messiah-syndrome-trump-woodward-rage/ 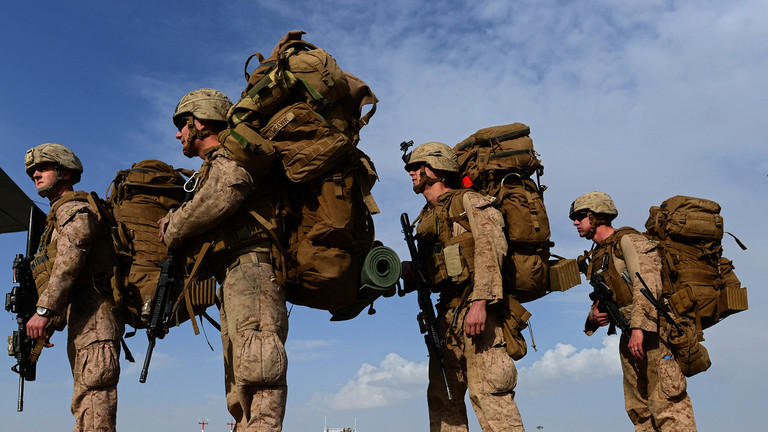 As US forces reach the halfway point of its planned withdrawal from Afghanistan, the potential for a collapse of the Afghan security forces, like that experienced by the South Vietnamese military in early 1975, is all too real.

Lawrence Peter ‘Yogi’ Berra, the hall-of-fame New York Yankee, won 13 World Series wins as either a player or manager. He is perhaps better known for his humorous quips, including one of most frequently cited – “It’s déjà vu all over again.”

Many Americans who experienced the end of America’s decade-long misadventure in Vietnam must be experiencing their own Yogi Berra moment, as there are increasing signs that the Afghan security forces in the more remote regions of the country, and which no longer benefit from US military support, are collapsing in the face of an emboldened Taliban.

In the nine weeks since the Biden administration announced it was withdrawing US forces from Afghanistan, the Taliban have seized control of more than 50 of its 370 districts, with another 180 in imminent danger of falling. For those old enough to remember the first few months of 1975, the collapse of the Afghan military is eerily similar to that experienced by the South Vietnamese military in the face of a North Vietnamese offensive that ended with the capture of Saigon in April 1975.

American military advisors began arriving in Vietnam in February 1955. For the next 20 years, the US military helped create a military of more than 940,000 men, organized and trained to US standards, and possessing the most modern military equipment. This large fighting force virtually evaporated in the first three months of 1975, unable and/or unwilling to stand up to the advances of an enemy more willing to die for their cause than they were.

From the moment it intervened in Afghanistan following the 9/11 terrorist attacks on the United States, the American military has been engaged in building an Afghan military force ostensibly capable of securing and preserving the post-Taliban pro-American Afghan government. Some 20 years and $815 billion later, however, the US is coming face-to-face with the reality that the Afghan military institutions, like the South Vietnamese before them, are simply not up to the task of fighting and winning on a battlefield shorn of US troops, logistics and air support.

The Taliban have recently published a propaganda video showing Afghan soldiers surrendering their arms and equipment in exchange for a $60 payment and free passage home. Many observers had anticipated the consolidation of Taliban control over rural Afghanistan. However, with major cities such as Kunduz and Mazar-i-Sharif in danger of falling to the Taliban in the near future, the total collapse of Afghan government resistance could happen sooner rather than later. Fear and panic are contagious, and as the poorly-led Afghan troops watch as their comrades lay down their arms rather than fight –and die– in combat against the Taliban, the disease of cowardice, fueled by a desire to survive, could very well reach pandemic proportions.

In addition to creating a nightmare scenario in terms of choreographing the departure of the last US military contingents, any collapse of central authority could create the potential for a power struggle within the Taliban itself, with more radical elements with a history of alignment with al-Qaeda becoming emboldened at the expense of a moderate wing which has taken the lead in negotiating power-sharing arrangements with the pro-US Afghan government.

This would create problems for the US, which would be loath to allow the empowerment of the very forces it sought to defeat when intervening in Afghanistan more than two decades ago. Russia, which has close links with the former Soviet Republics that border Afghanistan, would likewise be in danger of having its own restive Muslim populations susceptible to Taliban-like radicalization. China and India could likewise find that their domestic problems with Islamic terrorism and unrest could be exacerbated by the empowerment of a more radical wing of the Taliban as a result of the rapid collapse of the Afghan government.

While the US may be withdrawing from Afghanistan, the conflict there is far from over. One of the so-called “red lines” of the US regarding its decision to withdraw from Afghanistan has been the insistence that the Taliban provide guarantees that Afghanistan would never again become a springboard for the forces on non-state terrorism, such as al-Qaeda or Islamic State, to carry out attacks on the US or its allies. Critical to the fulfilment of this condition was the facilitation of a mechanism of political power-sharing between the Taliban and the pro-US Government of Afghanistan following the withdrawal of all foreign troops. The ongoing collapse of the Afghan security forces, however, has created a situation where the Taliban could very well be in control of most, if not all, of Afghanistan before the US withdrawal is completed.