"The Art of Disinformation–Western Lies About the War in Ukraine"
Larry Johnson
A Son of the New American Revolution (May 13, 2022)
https://sonar21.com/the-art-of-disinformation-western-lies-about-the-war-in-ukraine/

If you want to know how the war is going in Ukraine, you only needed to take note of one piece of “news” today–Secretary of Defense Lloyd Austin called his Russian counterpart [emphasis added]:

US Secretary of Defense Lloyd Austin spoke with his Russian counterpart for the first time since the Russian invasion of Ukraine, the Pentagon announced on Friday.

The call lasted approximately an hour and was at the request of Austin, who used the first call between the two in 84 days to urge Defense Minister Sergei Shoigu to implement an “immediate ceasefire,” according to a brief readout of the call. The two last spoke on February 18, a week before Russia launched its invasion of Ukraine. CNN

If Russia was losing or completely stuck in Ukraine, one would expect that Sergei Shoigu would be the guy calling Austin and begging for mercy. Well, that is not what happened. It was Austin that placed the call, apparently unconcerned about his recent public call to weaken Russia. Why would Austin urge Shoigu to implement an “immediate ceasefire” if Russia was getting its ass kicked? Russia getting whipped by Ukraine is exactly what Austin has called for [emphasis added]. Remember?

“We want to see Russia weakened to the degree that it can’t do the kinds of things that it has done in invading Ukraine. . .”

If Russia is on the ropes, why call off the beating? You call off the fight when its your guy getting pummeled. The Russian offensive in the Donbass has ramped up significantly in the last week and it is carving up entrenched Ukrainian units with no hope of being reinforced or rescued by a counter-offensive [emphasis added].

I want to show you a false battle map that is representative of the disinformation being fed to a gullible audience in America and Europe. This map was published by a goofy chick, Ashley Cornell, who betrays her ignorance of the military situation and failed to fact check the wild claims from “war expert” Justin Bronk:

Let me highlight the lies for you. Start with Snake Island:

Russia suffers losses trying to secure the island after a series of Ukrainian attacks.

WRONG!! The Ukrainians tried and failed to take the tiny rock on the even of the Liberation Day celebrations in Russia on 9 May [emphasis added]. Ukraine lost big–the death of more than 60 Ukrainian marines and members of elite AFU units, four fixed wing combat aircraft, 10 helicopters, 3 boats and 30 unmanned aerial vehicles. The Russians knew the attack was coming and were lying in wait. They apparently put some bait on the barren rock–some sophisticated missiles–to attract the Ukrainians. It worked.

Heavy bombardment continues at Azovstal as last defenders hold out.

DELIBERATELY MISLEADING. Yes, bombs and missiles continue to rain down on those parts of the Azovstal steel plant where a shrinking number of Azov battalion fanatics hunker down and send out video pleas for rescue. The a few of the wives of the men trapped in the bowels of Azovstal are now on social media begging for someone to save their guys. Here is one of the ladies, who previously posted a photo of her in her combat pose. The second image–she’s weeping for her man–showed up this week. 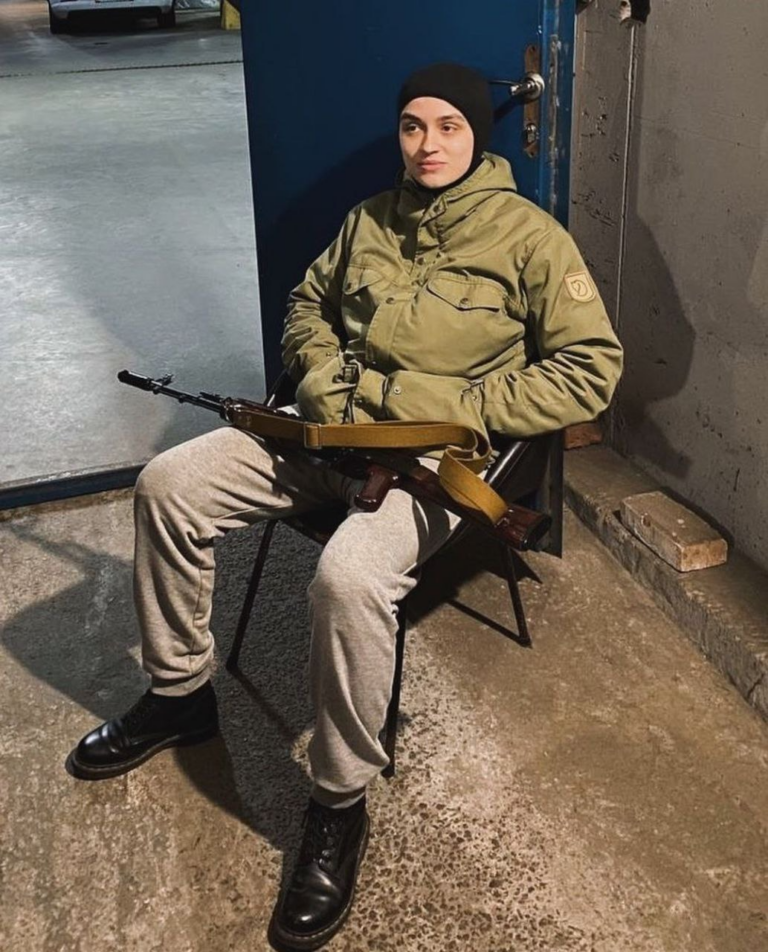 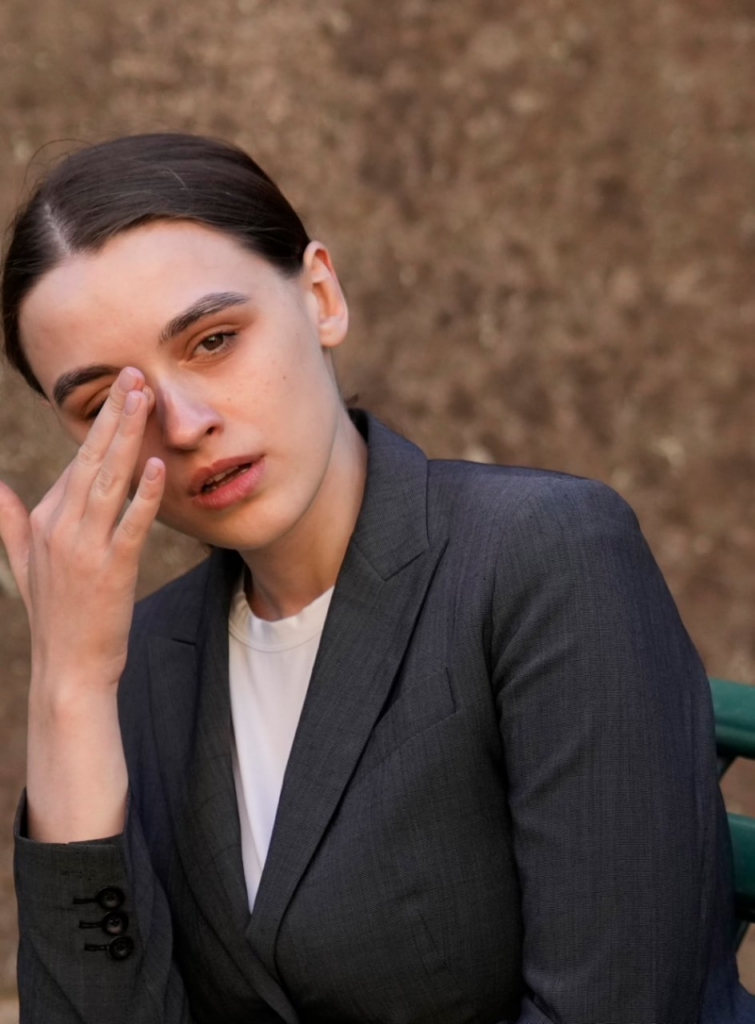 The situation in Mariupol is returning to normal and Russia controls the city. The Russians are restoring electrical and water services and providing food to the population [emphasis added].

LIE–The Ukrainians have not reached the Russian border and at least one Russian Battalion Tactical Group has crossed the Severs Donetsk river and are expanding their position south toward Kharkiv. But this is a sideshow. The area is isolated and there is only one significant road running from Kharkiv to Belgorod in Russia.

DOUBLE LIE–There is zero threat to the “DONBAS SUPPLY LINE.” Those lines are south and east of Kharkiv. Just look at the map–the Donbas with the city of Luhansk is prominently displayed. Kharkiv is 230 miles northwest of Luhansk [emphasis added].

The map does get two things right–the Russia has taken Avdiivka and has surrounded Ukrainian troops at Severodonetsk. It is because of the progress Russia is making in the Donetsk that Lloyd Austin called Sergei Shoigu to beg for some mercy. I suspect that General Shoigu told Austin, идите стучите по песку (which is Russian for “go pound sand.”) [emphasis added]

One more observation regarding the supposed defeat of the Russians north of Kharkiv on the border of Russia. The people writing on this cannot even get their facts straight about the size of a Russian Battalion Tactical Group aka BTG. Here are three different “experts” with their numbers:

According to the DOD on 18 April there are almost a dozen BTGs in Mariupol. As each BTG has about 200 infantry, then 11 x 200 gives us 2,200 infantry. (Christopher Lawrence, Dupuy Institute)

The western media has been crowing about the mighty Ukrainians wiping out a Russian BTG. Yet no photos of Russian medical units recovering the dead and wounded from the battle site have been published on Ukrainian or Russian sites. But let us assume the claim is true–the Ukrainians reportedly ambushed and defeated one BTG. It is meaningless as far as the progress of the Russian war effort is concerned. If the Russians were concerned about the battle over a pontoon bridge they would have deployed fixed wing and rotary wing support aircraft armed with rockets and delivered an artillery barrage on the attacking Ukrainians. That apparently did not happen either.

I am not privy to Russian war plans. But I do know that Russia would be rushing reinforcements to the area if this was an important battle. They are not. Even more telling is you are not seeing video and photos of a Ukrainian horde pouring over the Russian border. This looks to me like one more failed attempt reminiscent of Weekend at Bernie’s–propping up a Ukrainian corpse and pretending it is alive [emphasis added].