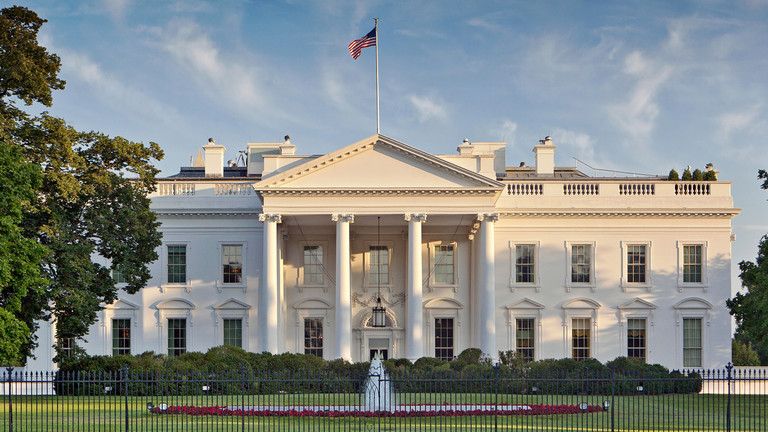 America's internal political battles have smothered consensus and led to Washington being asleep at the wheel in foreign affairs for many years now. The lack of US strategic clarity only fuels uncertainty and instability globally.

The Afghanistan Papers, published by the Washington Post in 2019, revealed that the US has for many years been aware that it cannot win the war in Afghanistan, yet it has been reluctant to accept defeat and withdraw.

US policy has been defined in indecisiveness, as neither victory or defeat has been an option. The continued waste of money and blood has merely resulted in a corrupt government in Kabul dependent on the influx of US funding, a hardened and militarized opposition, and neighbouring states frustrated with the unpredictability of the enduring US presence.

A similar lack of strategic direction is also setting the US on the path to a possible war with its three major adversaries in Eurasia – Iran, China and Russia.

Iran – in or out of the JCPOA?

Washington’s ambiguous policies towards Iran have created uncertainty that incentivises regional actors to take aggressive steps. Joe Biden fiercely criticised Trump’s abandonment of the Iranian nuclear agreement – the The Joint Comprehensive Plan of Action, JCPOA – as a major mistake that had to be reversed, yet Biden has not been in a hurry to re-join the international agreement. This is partly the fault of Trump’s convoluted sanctions against Iran that will be difficult to untangle, although Biden’s efforts to make Tehran take the first steps to return to compliance and increase the demands on Iran further contributes to the impasse. Washington is neither in nor out.

Power abhors a vacuum. Washington’s indecisiveness provides Israel with an incentive to escalate tensions to push US policies towards a more confrontational stand against Iran. Tel Aviv increases hostilities towards Tehran, hoping that tensions with Iran will further prevent the US’ return to the nuclear agreement. The consequence is a situation spinning out of control.

Israeli media now warns that after Israel sabotaging Iranian ships for three years, Tehran is finally retaliating by going after Israeli ships. Furthermore, the alleged Israeli cyber-attack on Iran’s Natanz nuclear facility has been lambasted by Tehran as “nuclear terrorism” and Iran will respond. It turns out that the only thing that can cause greater instability than abandoning the nuclear agreement is to merely sit on the fence.

Washington is also ambiguous about abandoning its more than four-decades long One-China policy, which recognises Taiwan as part of China. The US has supported the de-facto sovereignty of Taiwan as an ally against China, although officially abandoning the practice creates the conditions for a war with China.

A fragile peace has existed, as the US has been careful not to push for Taiwan’s official independence while China has pursued the re-integration of Taipei by peaceful means. The US deters China from invading Taiwan by providing weapons and the possibility of a US intervention, while Beijing deters Taipei from declaring independence by threatening military force. A careful balancing act has kept the peace as excessive military support for Taiwan emboldens independence movements, which could trigger a red line and China will likely retake the island by force. This would lead to the real prospect of a US-China war.

Back in 2016, Trump shook the fragile balance when he argued that the US commitment to the One-China policy would depend on Beijing accepting the economic conditions of Washington: “I don’t know why we have to be bound by a ‘One China’ policy unless we make a deal with China having to do with other things, including trade.” In November last year, then-US Secretary of State, Mike Pompeo, appeared to officially cancel the One-China policy by claiming: “Taiwan has not been a part of China.” Trump has dealt Biden a bad hand, yet Biden remains ambiguous about his commitment to China’s territorial integrity.

Washington cannot recognise Taiwanese independence as it would likely push China to use military force. Yet, without a clear commitment to the One-China policy, it creates incentives for domestic forces in the US and foreign actors to influence the indecisive US. Furthermore, Beijing’s need to display its capabilities and communicate its red line regarding Taiwan creates pressure for Washington to also show strength for allies – and an accidental war becomes a growing prospect.

The tensions between the US and Russia are defined by continued uncertainty. The post-Cold War era has not simply been defined as an unfavourable status-quo for Russia, rather it is the absence of a new status-quo. NATO has rejected limitations on its expansionism and the development of missile defences to negate Russia’s retaliatory capabilities. Not to mention the need for a UN mandate for military interventions. In such an environment, no international agreements can be made that cement the status quo to promote predictability and stability.

US ambiguity towards the Minsk Protocol has contributed greatly to bringing us to the brink of a major war in Ukraine. The peace agreement compels Kiev to establish a dialogue with the self-declared republics in eastern Ukraine and enact constitutional reform to increase the autonomous powers of Donbass. Kiev has walked back its commitments to the Minsk Protocol fearing it could cause major domestic divisions since it is fiercely rejected by the nationalists, who gained considerable power following the US-backed Maidan in 2014. Furthermore, autonomy for Donbass could block Ukraine’s proposed absorption into NATO.

The US has for the same reasons openly challenged the Minsk deal, yet it also signed on to the recent G7 statement that supports the “full implementation of the Minsk agreements, which is the only way forward for a lasting political solution to the conflict.” Washington has been hesitant to support the peace agreement, yet is cautious not to alienate its European allies who support it.

The ambiguity towards the Minsk agreements is dangerous as there are no alternatives. Russia considers NATO’s expansion into Ukraine to be a threat and it would not be accepted any more than the US accepted Soviet missiles in Cuba. Russia’s willingness to risk a major war must be considered in lieu of the alternative. If NATO expands into Ukraine, Moscow believes there is a greater possibility for a war with the alliance and Russia would be in a weaker position. In Putin’s “Crimea speech” in March 2014, he argued, “Are we ready to consistently defend our national interests, or will we forever give in, retreat to who knows where?” Russia has set its red line regarding further NATO expansionism.

The US reluctance to fully support and push the Minsk agreements has set Ukraine on the path to the only alternative – a war it cannot win. Washington expressed support for Ukraine’s mobilisation of military forces towards Donbass, which is overwhelmingly populated by ethnic Russians, yet when Russia predictably responded, Washington had neither the intention nor capability to fight Russia. The humiliating retreat must now be offset by Washington with new anti-Russian sanctions and by Kiev with erratic behaviour such as the threat of developing nuclear weapons.

The world is undergoing tremendous changes and the US, Iran, Israel, China, Russia and Ukraine all have legitimate security concerns that must be addressed and balanced. As tensions between the US and its major adversaries intensify, there is a need for political imagination and diplomatic giants.

Unfortunately, a key discussion in the US, right now, is whether a future US-Russia summit would be an unacceptable “reward” to Putin.

Thus, a summit to restore predictable and cordial relations must therefore be offset with more sanctions to deny Putin the “victory” of a meeting with Biden. Which he may not even strongly desire.

So much for American political imagination, strategic clarity and the decisiveness of a country which believes itself to be diplomatic giant.