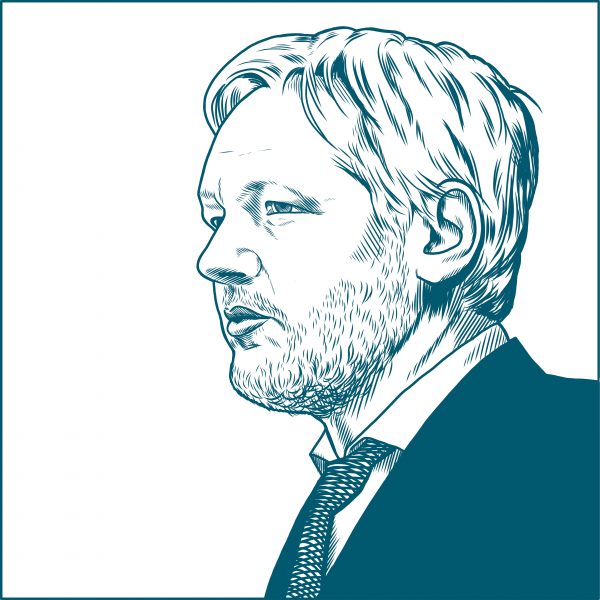 I don’t normally do this kind of thing, but, given the arrest of Julian Assange last week, and the awkward and cowardly responses thereto, I felt it necessary to abandon my customary literary standards and spew out a spineless, hypocritical “hot take” professing my concern about the dangerous precedent the U.S. government may be setting by extraditing and prosecuting a publisher for exposing American war crimes and such, while at the same time making it abundantly clear how much I personally loathe Assange, and consider him an enemy of America, and freedom, and want the authorities to crush him like a cockroach.

Now I want to be absolutely clear. I totally defend Assange and Wikileaks, and the principle of freedom of the press, and whatever. And I am all for exposing American war crimes (as long as it doesn’t endanger the lives of the Americans who committed those war crimes, or inconvenience them in any way). At the same time, while I totally support all that, I feel compelled to express my support together with my personal loathing of Assange, who, if all those important principles weren’t involved, I would want to see taken out and shot, or at least locked up in Super-Max solitary … not for any crime in particular, but just because I personally loathe him so much.

I’m not quite sure why I loathe Assange. I’ve never actually met the man. I just have this weird, amorphous feeling that he’s a horrible, disgusting, extremist person who is working for the Russians and is probably a Nazi. It feels kind of like that feeling I had, back in the Winter of 2003, that Saddam Hussein had nuclear weapons, which he was going to give to those Al Qaeda terrorists who were bayonetting little babies in their incubators, or the feeling I still have, despite all evidence to the contrary, that Trump is a Russian intelligence asset who peed on Barack Obama’s bed, and who is going to set fire to the Capitol building, declare himself American Hitler, and start rounding up and murdering the Jews.

I don’t know where these feelings come from. If you challenged me, I probably couldn’t really support them with any, like, actual facts or anything, at least not in any kind of rational way. Being an introspective sort of person, I do sometimes wonder if maybe my feelings are the result of all the propaganda and relentless psychological and emotional conditioning that the ruling classes and the corporate media have subjected me to since the day I was born, and that influential people in my social circle have repeated, over and over again, in such a manner as to make it clear that contradicting their views would be extremely unwelcome, and might negatively impact my social status, and my prospects for professional advancement.

Take my loathing of Assange, for example. I feel like I can’t even write a column condemning his arrest and extradition without gratuitously mocking or insulting the man. When I try to, I feel this sudden fear of being denounced as a “Trump-loving Putin-Nazi,” and a “Kremlin-sponsored rape apologist,” and unfriended by all my Facebook friends. Worse, I get this sickening feeling that unless I qualify my unqualified support for freedom of press, and transparency, and so on, with some sort of vicious, vindictive remark about the state of Assange’s body odor, and how he’s probably got cooties, or has pooped his pants, or some other childish and sadistic taunt, I can kiss any chance I might have had of getting published in a respectable publication goodbye.

But I’m probably just being paranoid, right? Distinguished, highbrow newspapers and magazines like The Atlantic, The Guardian, The Washington Post, The New York Times, Vox, Vice, Daily Mail, and others of that caliber, are not just propaganda organs whose primary purpose is to reinforce the official narratives of the ruling classes. No, they publish a broad range of opposing views. The Guardian, for example, just got Owen Jones to write a full-throated defense of Assange on that grounds that he’s probably a Nazi rapist who should be locked up in a Swedish prison, not in an American prison! The Guardian, remember, is the same publication that printed a completely fabricated story accusing Assange of secretly meeting with Paul Manafort and some alleged “Russians,” among a deluge of other such Russiagate nonsense, and that has been demonizing Jeremy Corbyn as an anti-Semite for several years.

Plus, according to NPR’s Bob Garfield (who is lustfully “looking forward to Assange’s day in court”), and other liberal lexicologists, Julian Assange is not even a real journalist, so we have no choice but to mock and humiliate him, and accuse him of rape and espionage … oh, and speaking of which, did you hear the one about how his cat was spying on the Ecuadorean diplomats?

But seriously now, all joking aside, it’s always instructive (if a bit sickening) to watch as the mandarins of the corporate media disseminate an official narrative and millions of people robotically repeat it as if it were their own opinions. This process is particularly nauseating to watch when the narrative involves the stigmatization, delegitimization, and humiliation of an official enemy of the ruling classes. Typically, this enemy is a foreign enemy, like Saddam, Gaddafi, Assad, Milošević, Osama bin Laden, Putin, or whoever. But sometimes the enemy is one of “us” … a traitor, a Judas, a quisling, a snitch, like Trump, Corbyn, or Julian Assange [emphasis added].

In either case, the primary function of the corporate media remains the same: to relentlessly assassinate the character of the “enemy,” and to whip the masses up into a mindless frenzy of hatred of him, like the Two-Minutes Hate in 1984, the Kill-the-Pig scene in Lord of the Flies, the scapegoating of Jews in Nazi Germany, and other examples a bit closer to home [emphasis added].

Logic, facts, and actual evidence have little to nothing to do with this process. The goal of the media and other propagandists is not to deceive or mislead the masses. Their goal is to evoke the pent-up rage and hatred simmering within the masses and channel it toward the official enemy. It is not necessary for the demonization of the official enemy to be remotely believable, or stand up to any kind of serious scrutiny. No one sincerely believes that Donald Trump is a Russian Intelligence asset, or that Jeremy Corbyn is an anti-Semite, or that Julian Assange has been arrested for jumping bail, or raping anyone, or for helping Chelsea Manning “hack” a password [emphasis added].

Julian Assange is being punished for defying the global capitalist empire. This was always going to happen, no matter who was in the White House. Anyone who defies the empire in such a flagrant manner is going to be punished. Cooperative slaves demand this of their masters. Defiant slaves are actually less of a threat to their masters than they are to the other slaves who have chosen to accept their slavery and cooperate with their own oppression. Their defiance shames these cooperative slaves, and shines an unflattering light on their cowardice [emphasis added].

This is why we are witnessing so many liberals (and liberals in leftist’s clothing) rushing to express their loathing of Assange in the same breath as they pretend to support him, not because they honestly believe the content of the official Julian Assange narrative that the ruling classes are disseminating, but because (a) they fear the consequences of not robotically repeating this narrative, and (b) Assange has committed the cardinal sin of reminding them that actual “resistance” to the global capitalist empire is possible, but only if you’re willing to pay the price [emphasis added].

Assange has been paying it for the last seven years, and is going to be paying it for the foreseeable future. Chelsea Manning is paying it again. The Gilets Jaunes protestors have been paying it in France. Malcolm X paid it. Sophie Scholl paid it. Many others throughout history have paid it. Cowards mocked them as they did, as they are mocking Julian Assange at the moment. That’s all right, though, after he’s been safely dead for ten or twenty years, they’ll name a few streets and high schools after him. Maybe they’ll even build him a monument [emphasis added].