"Ukrainian Snake Eaters Get A Russian Snake Bite and Other War Reports"
Larry Johnson
A Son of the New American Revolution (May 11, 2022)
https://sonar21.com/the-snake-eaters-get-bitten-on-snake-island-and-other-war-reports/

Zmeiniy Island aka Snake Island aka Serpent Island is a chunk of pork chop shaped rock that appears to be the same size as three large football pitches. Prior to the start of the Russian “special military operation” it belonged to Ukraine and marked the southern boundary of Ukrainian territorial waters. Not anymore. 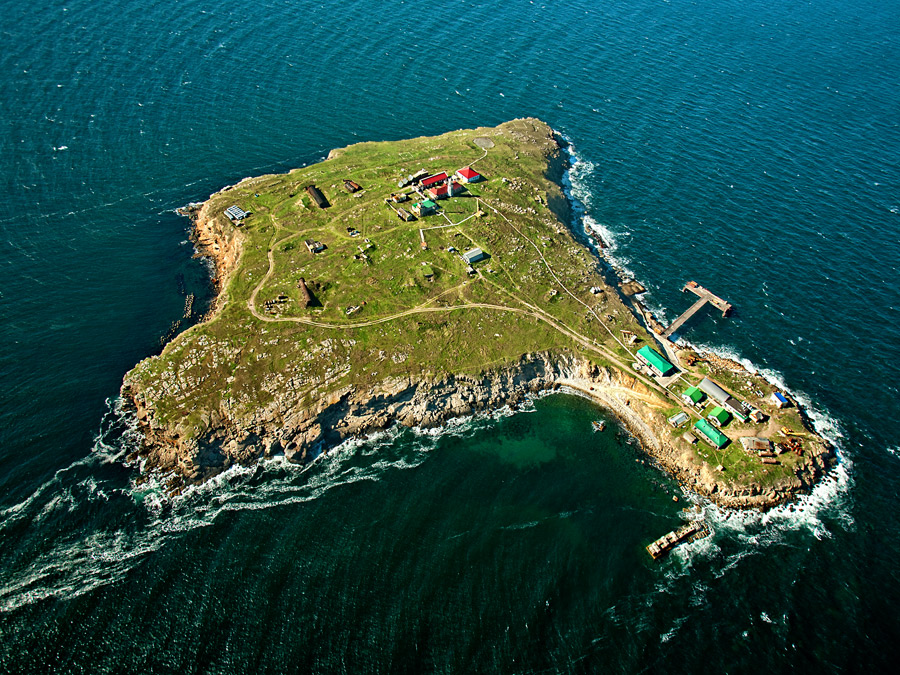 Russia snatched it up early on in the invasion of Ukraine. Sunday night, Ukraine tried to snatch it back and utterly failed. The attack appears to have been timed to preempt Russia’s Victory Day celebrations on Monday. The anticipated victory did not materialize. Russia clobbered the Ukrainians–losses included the death of more than 60 Ukrainian marines and members of elite AFU units, four fixed wing combat aircraft, 10 helicopters, 3 boats and 30 unmanned aerial vehicles.

Intel Slava Z reports that a U.S. Marine Lt. Colonel and a British Special Boat Squad Major accompanied the first wave of Ukrainian attacks and are missing. If true, this creates a definitive casus belli for Russia if it chooses to retaliate against the United States and NATO. That is the key phrase, “IF TRUE.”

There is a significant uptick in fighting around Kharkiv. The picture remains muddled. Southfront’s report, for example, is contradictory. First it claims that Ukraine is advancing towards the Russian border:

The Ukrainian Army advanced along the right bank of the Seversky Donets River and took control of the area north of the Pecheneg reservoir. The further Ukrainian advance towards the town of Volchansk located on the Russian border is expected. At the same time, clashes were reported in the villages of Liptsy and Rubezhnoye in the Kharkiv region.

The Ukrainian Armed Forces managed to advance towards the villages of Cossack Lopan and Tsupovka, where a small Russian grouping continues to hold the defense.

But in the next paragraphs, Southfront reports on significant progress by Russia in the same area:

Despite the attempts of the AFU counteroffensive, Russian troops continued to expand the control zone in the Izyum area.

Russian-led forces took control of the village of Velika Kamyshevakha after prolonged fighting to the west of Izyum. The Russian offensive against the AFU grouping in Barvenkovo continues.

In the Luhansk People’s Republic, the encirclement of the AFU group in the cities of Severodonetsk and Lisichansk continues. There are battles for the village of Belogorovka. The positions of the Armed Forces of Ukraine in Lisichansk are constantly shelled by Russian artillery, special forces are deployed on the city outskirts.

In the area of Rubezhnoe, Chechen soldiers of the unit of the Akhmat special forces and the People’s Militia of the LPR blocked the remnants of Ukrainian units at the Zarya plant. According to the military assistant to the head of Chechnya the area from the left flank of the Zarya plant to Kudryashovka located on the north-eastern outskirts of the town was secured

Here is the video version of the Southfront brief:

So who is right? As they used to say on Sports Center on ESPN, “Let’s Go to Another Videotape.” Up to this point in the war Ukraine has been more active and more successful in its info war campaign. However, Ukraine rarely posts up videos of its military triumphs over Russian forces. Why? Given the dire situation confronting Ukraine I do not think they would hesitate for a minute to publish a video touting their success. Once again, it is the dog that did not bark. No bark, no victory to show.

Russia for its part, has done a terrible job on the international propaganda front but there is a steady stream of videos showing its troops and weapon systems in action. With respect to the claims about Ukrainian activity in Kharkiv, I have seen no video evidence backing reports that Ukraine is advancing. However, there is video evidence from the Russian side supporting reports that they are taking out Ukrainian positions:

Southfront needs a good editor (don’t we all). The video presents contradictory messages–first, touting Ukrainian successes north of Kharkiv but then, in the next breath, reporting that Russian is expanding its operations south of Kharkiv and are coming closer to encircling Ukrainian units dug in along a line of defense.br />
The Russian minister of defense is doing a good impression of Detective Joe Friday in the 60s TV series, DRAGNET–Just the Facts. Here is the summary of his briefing for Wednesday, May 11:

• During the night, operational-tactical and army aviation have hit 93 assets, including 2 command posts, 69 areas of manpower and military equipment concentration, as well as 3 ammunition depots of the Ukrainian Armed Forces.

• The attacks have resulted in the elimination of more than 280 nationalists and up to 59 armoured and motor vehicles.

• Russian air defence means have shot down 9 Ukrainian unmanned aerial vehicles: 4 near Balakleya in Kharkov Region, 3 near Rubezhnoe in Lugansk Region, 1 near Snake Island and 1 Bayraktar-TB2 near Arkhangelskoe in Nikolaev Region overnight.

What are we not seeing from the Ukrainians? No attacks by their fixed wing combat aircraft on Russian positions. No artillery barrages on Russian units attacking Ukrainian defensive emplacements. Ukraine is trying to use drones as part of their military operation but those unmanned aircraft are being shot down routinely by the Russians.

I am curious about the Russian’s apparent lack of concern about the Ukrainian military thrust north of Kharkiv. If the Russians were worried about those units being overrun a logical response would be to send reinforcements and concentrate air strikes and artillery in supporting their besieged units. Most of the western military analysts will probably leap to the conclusion that this is another piece of evidence that Russia is militarily incompetent and unable to sustain its forces in the field.

But there is another possible explanation–Russia is employing its own form of Muhammed Ali’s Rope-a-Dope and luring the Ukrainians away from Kharkiv. Once there is distance between the city and the Ukrainian units attacking Russian positions, the Russians can strike in force, eliminate the Ukrainian threat and avoid a bloody battle for the city. Just one other scenario to consider.