You can’t drain and impoverish the nation to feed an insatiable military machine unless you make its people afraid, even of phantoms. 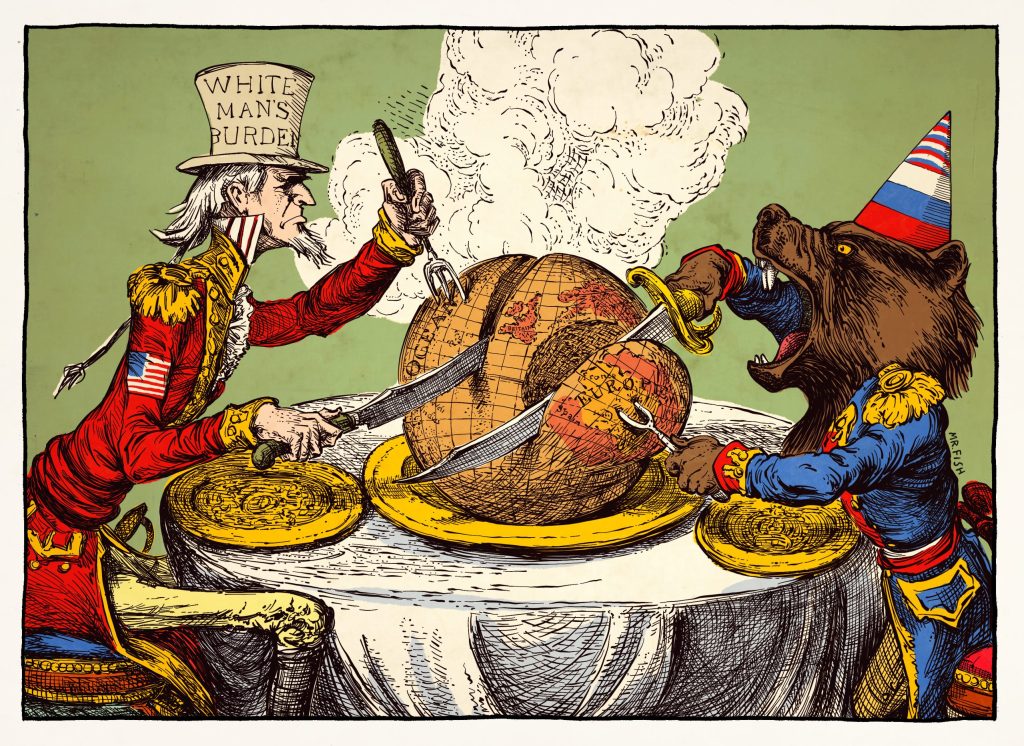 Blinded by what Barbara Tuchman calls “the bellicose frivolity of senile empires,” we are marching ominously towards war with Russia.

How else might we explain Secretary of Defense Lloyd Austin’s public declaration that the U.S. goal is to “weaken Russia” and Joe Biden’s request for another $33 billion in “emergency” military and economic aid (half of what Russia spent on its military in 2021) for Ukraine?

The same cabal of generals and politicians that drained the state of trillions of dollars in the debacles in Afghanistan, Iraq, Syria, Libya, and Somalia and learned nothing from the nightmare of Vietnam, revel in the illusion of their omnipotence. They have no interest in a diplomatic solution. There are billions in profits to be made in arms sales. There is political posturing to be done. There are generals itching to pull the trigger. Why have all these high-priced and technologically advanced weapons systems if you can’t use them? Why not show the world this time around that the U.S. still dominates the globe?

The masters of war require an enemy. When an enemy cannot be found, as George Orwell understood in Nineteen Eighty-Four, an enemy is manufactured. That enemy can become an ally overnight – we allied ourselves with Iran in the Middle East to fight the Taliban and later the Caliphate – before instantly reinstated Iran as the incarnation of evil. The enemy is not about logic or geopolitical necessity. It is about stoking the fear and hatred that fuels perpetual war.

In 1989, I covered the revolutions that toppled the communist dictatorships in Central and Eastern Europe. President Mikhail Gorbachev, like his successor Boris Yeltsin and Vladimir Putin in the early stages of his rule, hoped to integrate Russia into the Western alliance.

But the war industry places profits before national defense. It needed an antagonistic Russia to push the expansion of NATO beyond the borders of a unified Germany in violation of a promise made to Moscow. There were billions of dollars to be made from a Russian enemy, as there are billions more to be made from the proxy war in Ukraine.

There would be no “peace dividend” at the end of the Cold War. The war industry was determined to continue to bleed the U.S. dry and amass its obscene profits. They provoked and antagonized Russia until Russia filled its preordained role.

The humiliating withdrawal from Afghanistan and two decades of military disasters in the Middle East have magically been atoned for in Ukraine, although the U.S. and its allies have yet to place any troops on Ukrainian soil. The U.S. has taken ownership of the Ukrainians, as it did with the mujahideen it funded to fight the Soviets in Afghanistan. 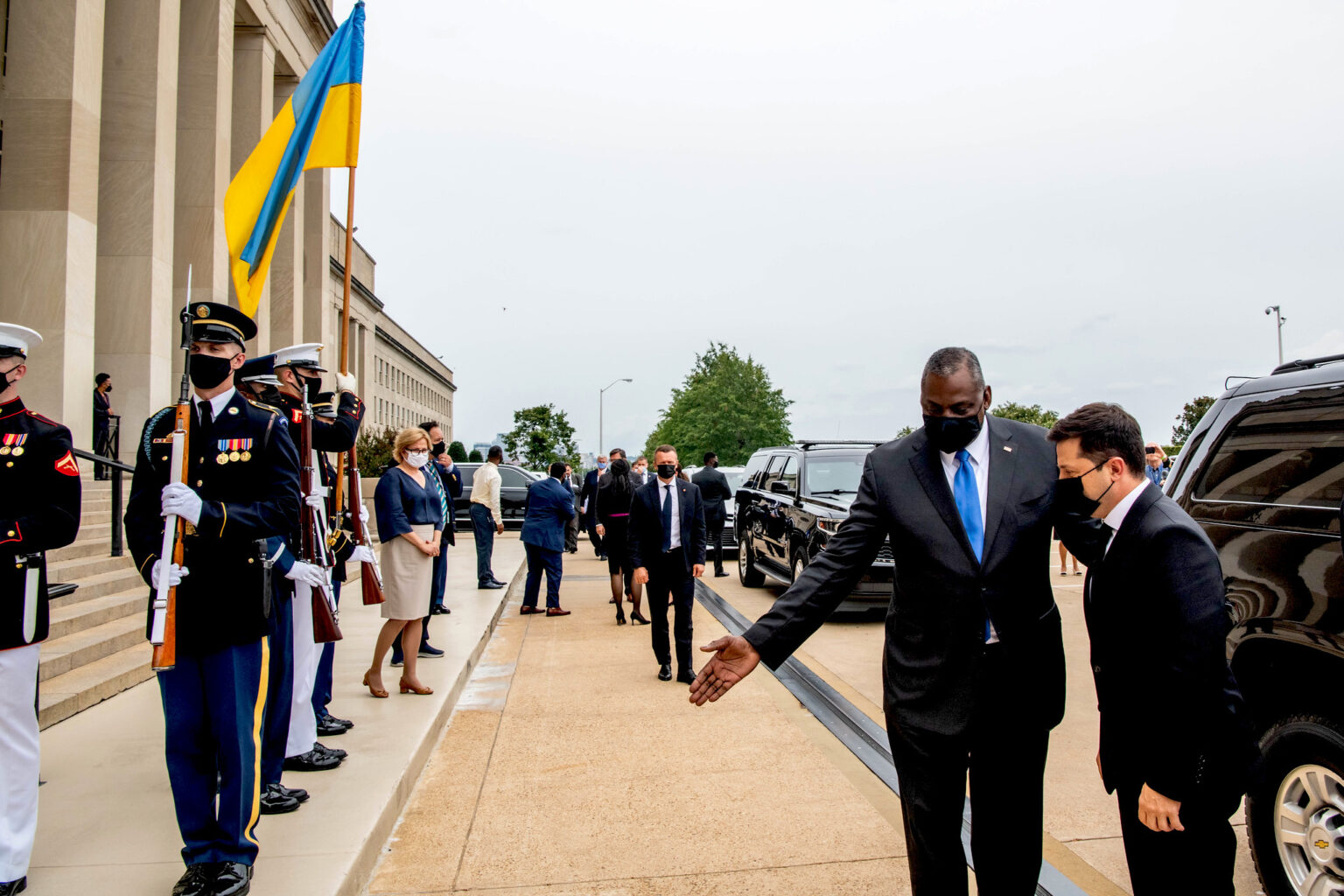 “For the first time in decades, an American president is showing that he, and only he, can lead the free world,” wrote George Packer, one of the most ardent cheerleaders for the invasion of Iraq, in The Atlantic magazine.

“NATO has been revitalized, the United States has reclaimed a mantle of leadership that some feared had vanished in Iraq and Afghanistan, and the European Union has found a unity and purpose that eluded it for most of its existence,” The New York Times crowed.

Gen. Mark A. Milley, the chairman of the Joint Chiefs of Staff, The New York Times wrote, carries around a map of Ukraine, marked with tactical details. “With aides, he drills down for details about the location and combat readiness of specific Russian ground units and ship movements,” the paper noted.

“The worst case is war with Russia,” he said. “By gearing itself up for the worst case, it is most likely to deter Putin because ultimately Putin respects strength.”

War is a drug. It cripples your body. It fogs your brain. It reduces you to poverty. But each new hit sends you back to the euphoric heights where you began.

Following Ukraine’s strikes on Russian military and energy facilities, Moscow threatened to attack incoming NATO weapons shipments. Reeling from sanctions, Moscow halted gas supplies to two European countries. It warned that the risk of a nuclear war is very “real” and that any direct foreign intervention in Ukraine would provoke a “lightning fast” response.

As Finland and Sweden debate joining NATO, Russia has called further expansion of NATO another dangerous act of aggression, which of course it is. There is mounting pressure for a no-fly zone, a move that would trigger direct confrontation between Russia and NATO, as would a Russian attack on a NATO arms convoy in a Ukrainian neighbor country. Putin’s revanchism is matched by our own.

The disorganization, ineptitude, and low morale of the Russian army conscripts, along with the repeated intelligence failures by the Russian high command, apparently convinced Russia would roll over Ukraine in a few days, exposes the lie that Russia is a global menace.

Russia’s 40-mile long convoy of stalled tanks and trucks, broken down and out of fuel, on the muddy road to Kiev was not an image of cutting-edge military prowess.

Russia has been unable to overwhelm a poorly equipped and numerically inferior force in Ukraine, many of whose troops have little or no military training. Russia poses no threat to the NATO alliance or the United States, barring a nuclear attack.

But this is not a truth the war makers impart to the public. Russia must be inflated to become a global menace, despite nine weeks of humiliating military failures.

A Russian monster is the raison d’être for increased military spending and the further projection of American power abroad, especially against China. Militarists need a mortal enemy. That enemy may be a chimera, but it will always be led by the new Hitler. The new Hitler was once Saddam Hussein. Today it is Vladimir Putin. Tomorrow it will be Xi Jinping. You can’t drain and impoverish the nation to feed an insatiable military machine unless you make its people afraid, even of phantoms. 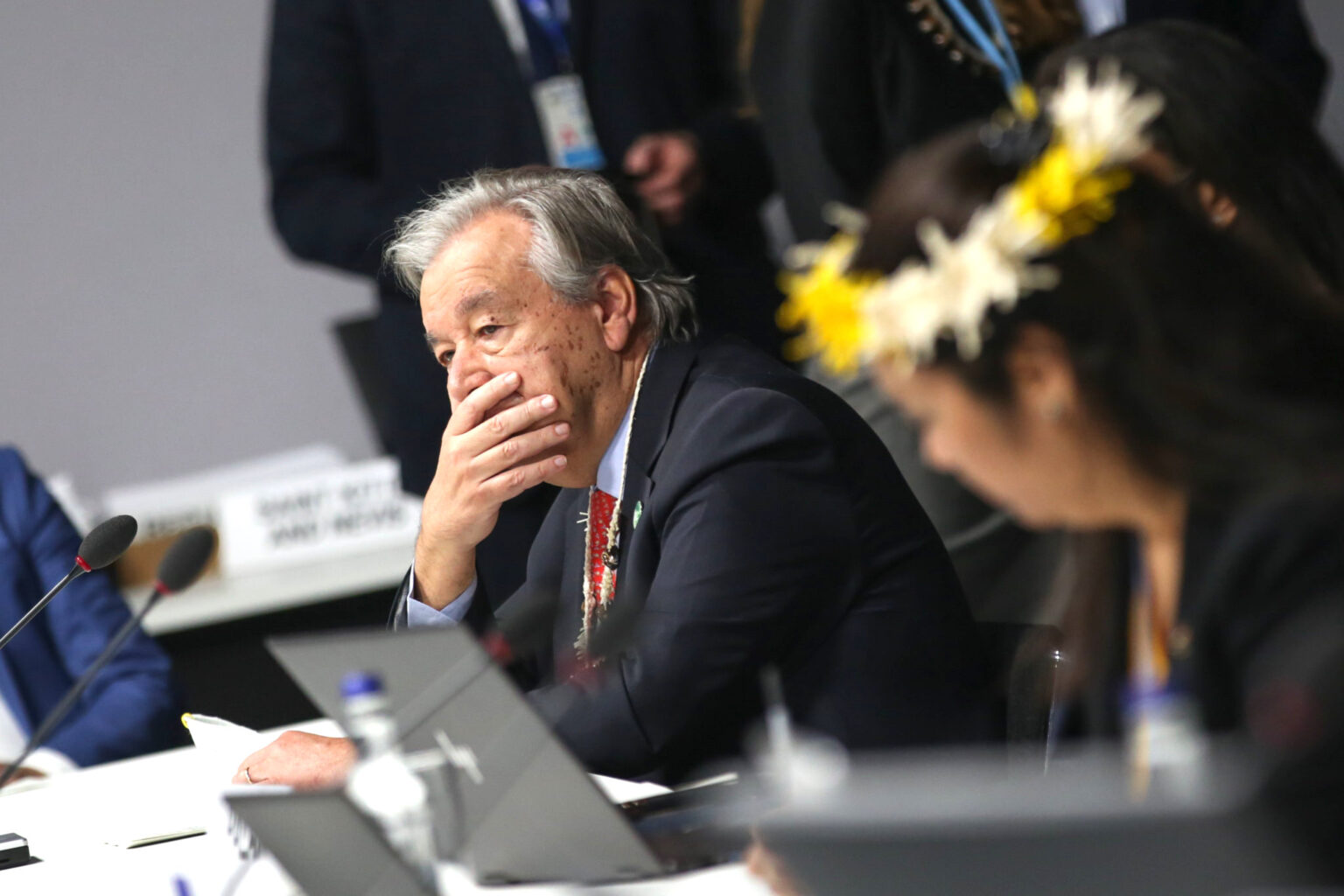 The war in Ukraine is intimately linked to the real existential crisis we face — the climate crisis. The latest U.N. Intergovernmental Panel on Climate Change (IPCC) report warns that greenhouse gas emissions must peak by 2025, and be nearly halved this decade, to thwart global catastrophe.

U.N. Secretary General António Guterres characterized the report as “an atlas of human suffering and a damning indictment of failed climate leadership.” Triggered by war in Ukraine, soaring energy prices have pushed the U.S. and other countries to call on domestic oil producers to increase fossil fuel extraction and exacerbate the climate crisis. Oil and gas lobbyists are demanding the Biden administration lift prohibitions on offshore drilling and on federal lands.

Black and brown people, who suffered in the brutal wars in Yemen, Iraq, Somalia, Afghanistan and Syria, without the Western support and sympathy shown white Ukrainians, will again be targeted. The Indian subcontinent is currently plagued with temperatures as high as 116.6 degrees, power outages of 10 to 14 hours a day and dying fields of crops. An estimated 143 million people will be displaced over the next 30 years, nearly all from Africa, South Asia and Latin America, the IPCC writes.

These endless conflicts will inevitably militarize our response to the climate breakdown. Absent measures and resources to halt the rise in global temperatures, curtail our reliance on fossil fuels, foster a plant-based diet and curb profligate consumption, nations will increasingly use their militaries to hoard diminishing natural resources, including food and water.

Russia and Ukraine account for 30 percent of all wheat traded on world markets. Since the invasion, the price of wheat has gone up by between 50 and 65 per cent in commodities exchanges. This is a hint of what is to come.

The Ukraine war is part of a world order where the rule of law has been jettisoned for aggressive, preemptive war; a criminal act of aggression. These wars bring with them black sites, kidnapping, torture, targeted assassinations, censorship and arbitrary detention.

Rogue private contractors, along with covert intelligence paramilitary units, carry out off-the-book-war crimes. Russia’s Wagner Group (The name Wagner is supposedly the call sign of its founder and commander, an ex-GRU officer called Dmitry Utkin, who reportedly has Waffen-SS insignia tattooed on his collarbones) or the U.S. mercenary group Academi, founded by the Christian Right leader Erik Prince, function as little more than death squads.

War is a spectacular form of social control. It secures a blind, unquestioning mass consent propped up by what Pankaj Mishra calls an “infotainment media” that “works up citizens into a state of paranoid patriotism,” while “a service class of intellectuals talks up the American Revolution and the international liberal order.”

In The London Review of Books, Mishra wrote:

“Humiliation in Iraq and Afghanistan, and at home by Trump, demoralised the exporters of democracy and capitalism. But Putin’s atrocities in Ukraine have now given them an opportunity to make America seem great again. The Russian bear has long guaranteed, more reliably than ‘Islamofascism’ or China, income, and identity to many in the military-industrial and intellectual-industrial complex. An aging centrist establishment — battered by the far right, harangued by post-Occupy and post-BLM young leftists, frustrated by legislative stalemate in Washington — seems suddenly galvanised by the prospect of defining themselves through a new cold war.”

This world of fantasy is sustained by myths — the myth that the people of Afghanistan and Iraq would welcome invading forces as liberators, that Ukraine is not a real nation, that Ukrainians see themselves as pan-Russians, that all that stands between Iraqis, Afghans, Syrians, Somalis, Yemenis and Libyans and ourselves are terrorists, that all that stands between Putin and Ukrainians are neo-Nazis and their supporters in the West.

Those that challenge these fantasies, whether in Russia or the U.S., are attacked, marginalized, and censored. Few notice. The dream is more appealing than reality. Step-by-step these blinded, bloodied cyclops of war stumble forward leaving mounds of corpses in their wake.