So, we understand that no orientation is possible where the observation misses the most crucial factors (and facts) which shape a reality [emphasis added]. It is a recipe for killing the causality. No orientation--no awareness of self. Thus, no Situational Awareness (I know where my enemy is) and no Tactical Awareness either (I know what my enemy is going to do). The list of cliches on this issue is very long: Know Thy Enemy, Know Thyself, let's turn it up a bit intellectually--Know Fundamental Principles. And the list goes on, and on, and on.

Orientation, also, is an understanding of fundamental, guiding principles. In layman's lingo it is understanding of "what makes one click", it is also an understanding of the available resources. US elite (establishment, body politic, you may take it from here...) didn't want to know that. Because of that, based on the lousy observations, the orientation failed. Perceptions turned out to be nothing more than illusions. Even the favorite schtick of US pundits, the theory of controlled chaos, manifested itself only in chaos, not in control. There is nobody to control anything [emphasis added].

Colonel Boyd defined Orientation this way: "The second O, orientation – as the repository of our genetic heritage, cultural tradition, and previous experiences – is the most important part of the O-O-D-A loop since it shapes the way we observe, the way we decide, the way we act."(c) The United States decided to go into Ukraine having no significant genetic heritage, cultural tradition and previous experiences with Continental Warfare. And it was inevitable that Ukrainian calamity was precipitated, to a considerable degree, by inability of the "decision makers" to distinguish between fighting the third rate Arab militaries and mujaheddin partisans in low intensity conflict and lighting the fire in Europe, next to the borders of the nation which spent millennium fighting invaders on unprecedented scale [emphasis added]. Expecting from Ivy League humanities "educated" types understanding the Combined Arms Operations and why today there are full blown tank battles happening around Donetsk, as well as understanding the consequences of their decisions, is akin to expecting a local high school janitor practice brain surgery in spare time. But there are consequences and there are battles and, for the first time in history, Russian and Russophone civilians are being killed as a direct result of the US (and its European clients--but that is not really the news) policies and support for their criminal proxies in Kiev [emphasis added]. 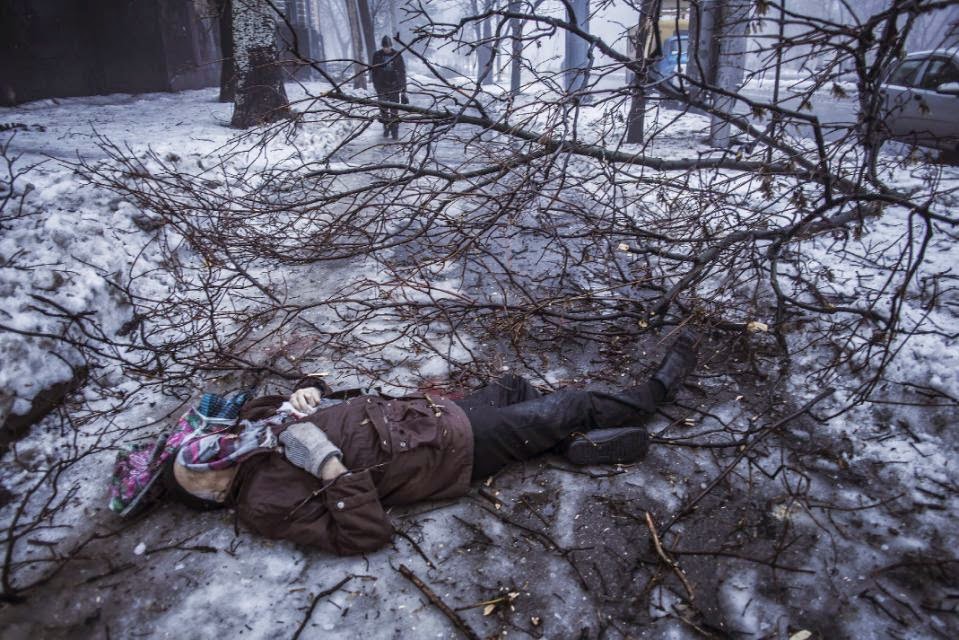 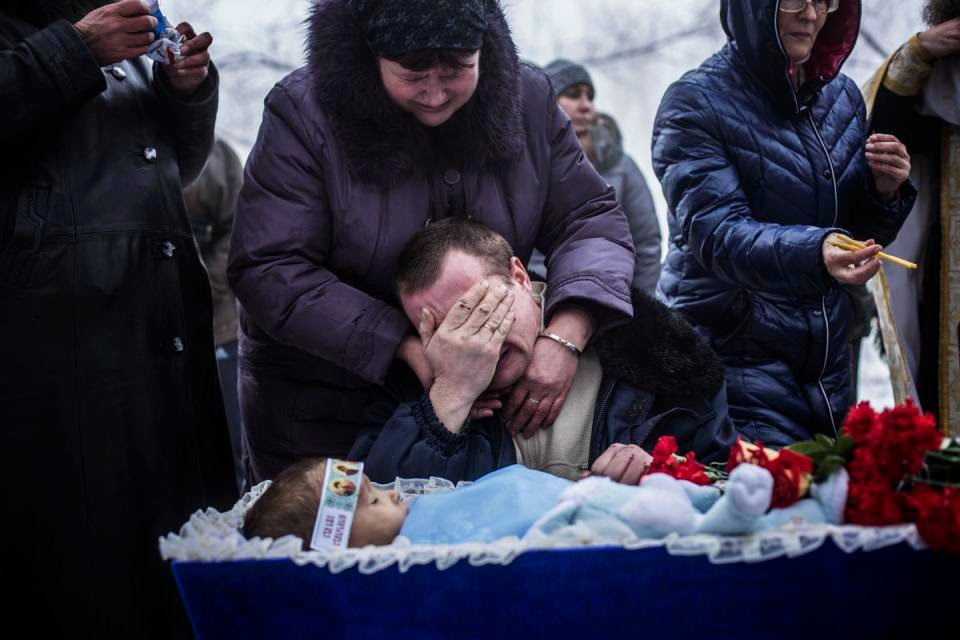 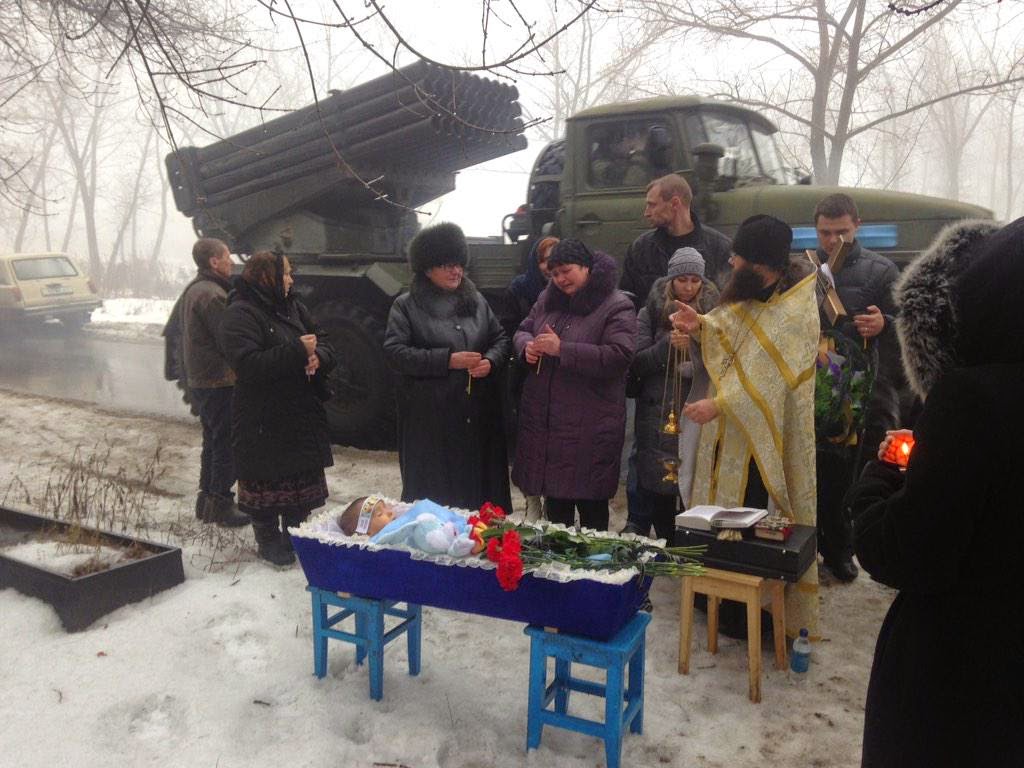 If hundreds of thousands killed, maimed and displaced innocent Iraqis, Libyans, Syrians, Serbs were not enough, the US decided to take it several notches up and miscalculated. If there is one thing Russians know how to do really well--it is to fight with their backs to the wall [emphasis added].

Basing its Decide and Act segment of the OODA Loop upon lousy (at best) OO was bound to produce a catastrophic result and it did. It is catastrophic not only for millions of Ukrainians in general, and Donbass people in particular, it is also catastrophic for the United States itself because a single wrong move, similar to committing oneself to a failed attack in fencing, or boxing, or martial arts, means only one thing--road to defeat. I am not going to elaborate here on the issue of WHAT did US lose in Ukraine--it may require a separate thesis--my task was to give some framework for understanding a simple fact: geopolitical and military doctrines rooted in the made-up history and delusions are the sand castles erected at the edge of the sea. Those castles exist while the sea is calm. But the storm is already upon us. [emphasis added]

I observed for decades now a consistent pattern of the wrong assessments, loony strategies and deliberate misrepresentation (lies?) of facts coming from the top of US establishment, which since 1991 lives in the make-believe world built by the triumphalists [emphasis added]. It is difficult to explain to the average Joe that Baseball World Series, or Superbowl "World Champions" have no relation to the World and are purely internal American affairs. That there is a huge wide world outside and that it lives and moves not in accordance to the American narrative. Explaining to American "elite" the fact that US didn't "win" the WW II, that "winning" the Cold War came about because Soviet people simply decided to end it, that Wall Street "economy" has no relation to real economy and that real wars produce misery and destruction on a scale which is incomprehensible for the "populace" of the Washington D.C. "strategists", it is not just difficult--it is next to impossible. So, the events must run their course. But it is already clear that by failing to achieve any sensible political objectives in Ukraine and in Russia, and, by this, starting a massive global re-alignment, the United States sustained a defeat. What will be the consequences of this defeat? I hate to speculate, I just know that they are already big and that the moment of facing the reality is coming [emphasis added]. My suggestion to those who are still making decisions--open and start reading War And Peace by Leo Tolstoy. I don't hold my breath, though. The moment US handlers of their Kiev puppets conceived that Ukrainian Army can "win" in Donbass, the stopwatch started. [emphasis added]