The cards keep falling Russia’s way so far as it moves west to consolidate territory and the United States and some key members of the European Union backed away from sanctioning Russia’s oil sales.

Let’s start with the latest photographic evidence that Russia is pushing the Ukrainians out of territory inhabited by a pro-Russia from Mariupol towards taking control of Kharkov. The Russian flag was hoisted over the town square of Nova Kakhovka–they are headed for Kherson. This map will help orient you. 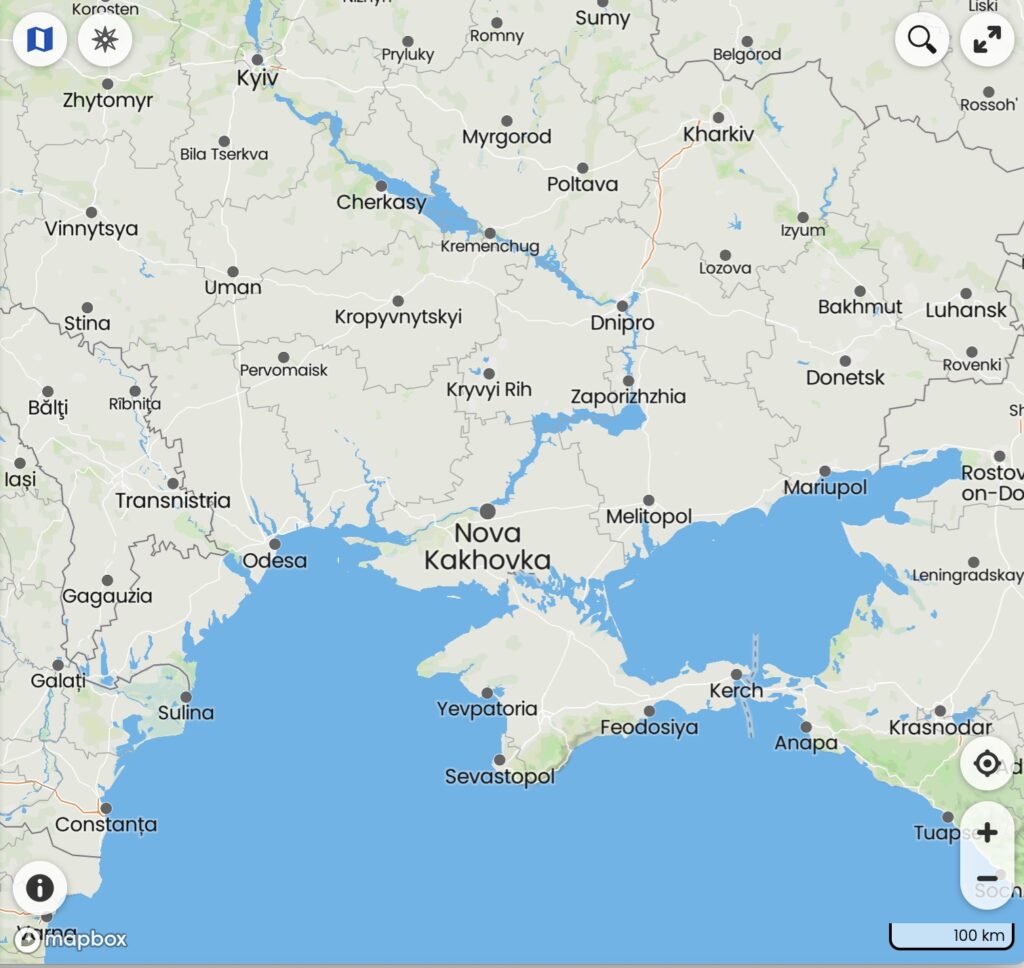 Nova Kakhovka sits 356km (221 miles) west of Mariupol. No savage battle fought to secure this city and the Russian flag flies over the town square. 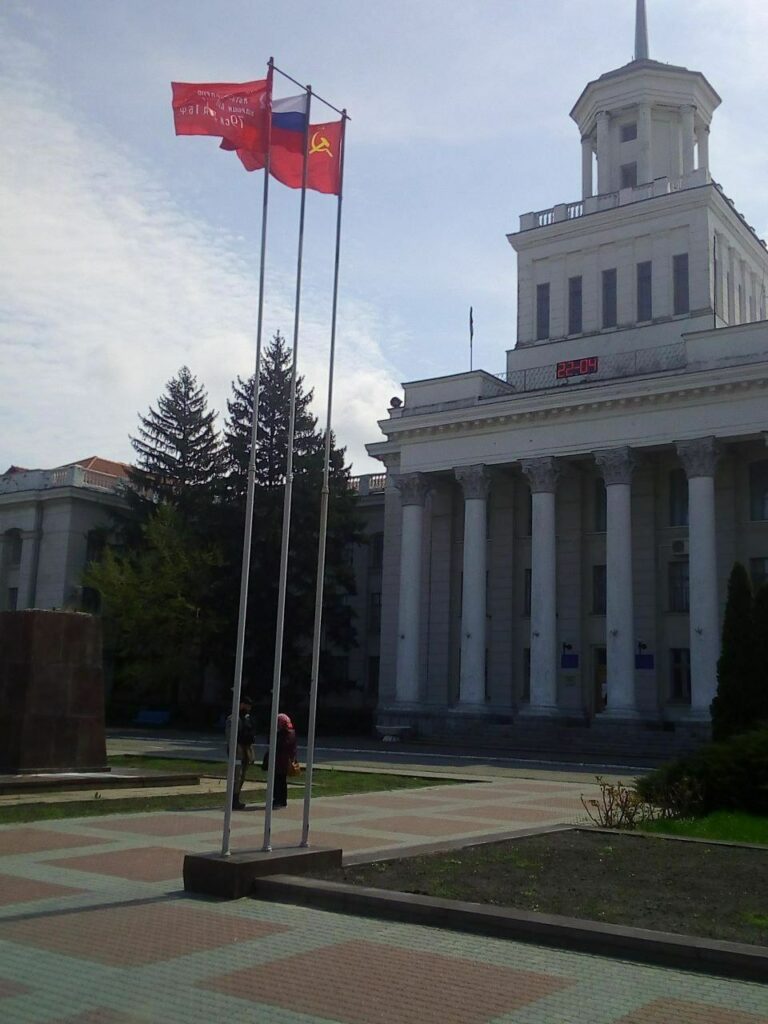 Major General Rustam Minnekaev, the Deputy Commander of the Central Militaray District, made some news today in a speech to the annual meeting of the Union of Defense Industries. He said that, “control over the south of Ukraine will give the Russian armed forces one more outlet to Transnistria, where there are facts of oppression of the Russian-speaking population.”

The folks at the Institute for the Study of War apparently have not seen this photo. They made this absurd claim today:

Even if Russian forces did seek to resume major offensive operations toward Mykolaiv and on to Odesa, they are highly unlikely to have the capability to do so.

Mykolaiv is 140 km (87 miles) west of Nova Kakhovka. Russia absolutely is moving that direction and western analysts would be well advised to accept this claim as genuine.

Beyond identifying taking control of the southern coast of Ukraine and opening a corridor to southern Moldova as a key objective, General Minnekaev reaffirmed the importance of the mission in Donbas:

“Since the beginning of the second phase of the special operation (it has already begun, literally two days ago), one of the tasks of the Russian army has been to establish complete control over the Donbass and southern Ukraine,” .

This is not a rogue officer doing punditry. His speech had the blessing of his chain of command. Otherwise his career as a General would be ended quickly if he was divulging state secrets.

The Russians also raised their flag in Kherson this week, although there are still Ukrainians fighting as guerrillas instead of an organized military force. What you need to understand is that the Russians are not sitting on their haunches waiting. They are moving steadily to the west towards southern Moldova.

Six hundred kilometers northeast of Nova Kakhovka sits the key city of Kharkiv. And 90 kilometers southeast of Kharkiv is the city of Balakliya. Here’s the map to help you get your bearings: 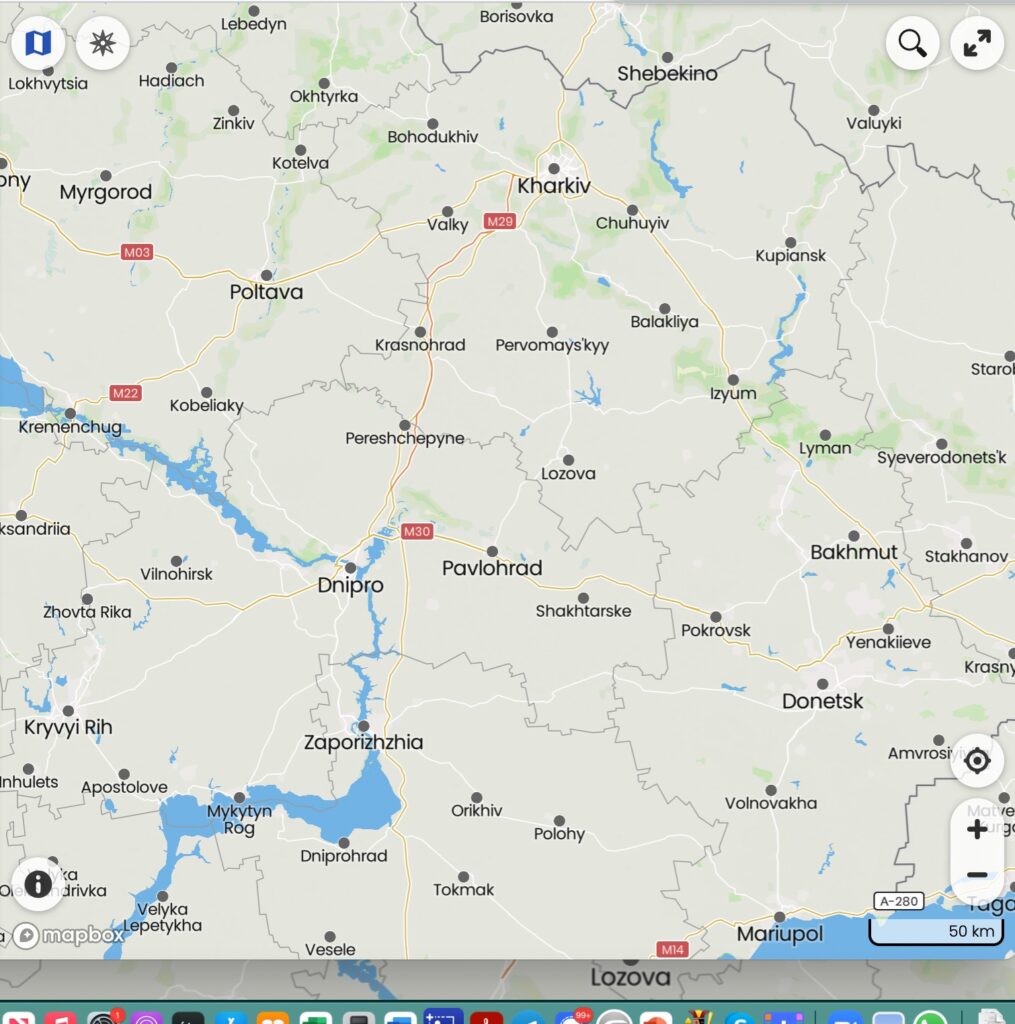 Russia scored a major coup there this week with the capture of an enormous underground weapons depot and has cut the road to Kharkiv. The following picture and video tells the story: 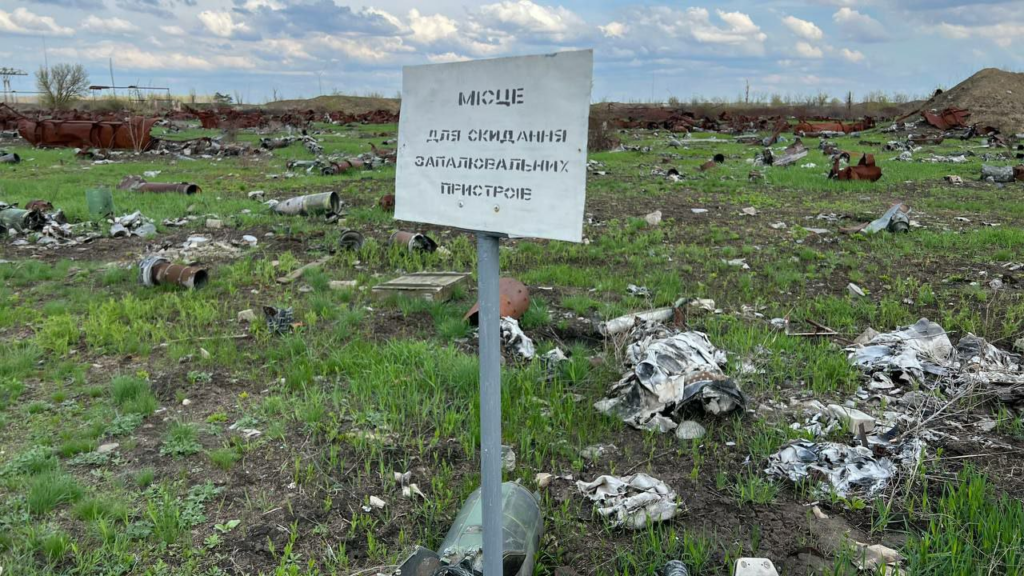 Russia scored a major coup there this week with the capture of an enormous underground weapons depot and has cut the road to Kharkiv. The following picture and video tells the story:

Here is Intel Slava Z’s report on the capture of the arsenal:

The units of the Armed Forces of Ukraine left an arsenal with a large amount of ammunition for cannon artillery, mortars and multiple launch rocket systems, air defense weapons.

In addition to Soviet-made ammunition, mines and Western-made shells were stored in the bunkers. (I corrected the English translation in this sentence–LJ)

This is a substantial seizure and it does not appear that the Ukrainians put up much of a fight to defend this massive store of weapons.

Before turning to the oil debacle, I offer you the opportunity to view a video posted by members of the AZOV battalion of their wounded in a room underneath the steel plant in Azovstal. (WARNING–it is graphic).

This is field medicine at its worst. The men are in unsanitary conditions. Besides the terrible wounds they also are battling infection and sepsis. These souls are in no condition to take the fight to the Russians. By contrast, a wounded Russian soldier is carted off to a field hospital on par with what is available to wounded U.S. troops in a combat zone. Failing to provide proper medical care for wounded warriors is a morale killer for any military force regardless of nationality.

Now to the sanctions debacle. You should check out Andrei Martyanov’s justified belly laugh over the absurdities of the reaction of the United States and the Europeans at the G20 to calls for an embargo on Russian oil:

US Treasury Secretary Janet Yellen said on Thursday that a complete European ban on Russian oil and gas imports would “clearly” raise global oil prices and may inflict harm on Europe and other parts of the world. Speaking to reporters following a meeting with Ukrainian Prime Minister Denys Shmyhal and Finance Minister Sergiy Marchenko in Washington, Yellen said that such a ban could ultimately cause more harm than good. “It could actually have very little negative impact on Russia, because although Russia might export less, the price it gets for its exports would go up,” she said, as quoted by AFP.

During my days at CIA we called a comment like this, “No Shit” analysis. It is right up there with, “If you put your hand in the fire you’ll get burned.” Duh!! The German role in this clown show is particularly hilarious. They are going to stop importing Russian oil by years end. Honest to God. But guess what? THEY ARE STILL IMPORTING RUSSIAN OIL AND GAS AND PAYING RUBLES. If Germany goes for an alternative source eventually (remains to be seen if they can pull this off), it means they will be paying a higher price. Higher price for fuel in Germany will reverberate throughout the German economy and will tick up prices in the rest of Europe.

There is no magic oil genie or Jed Clampett in wings that is going to produce a new, cheaper source of that will suddenly pump out a bounty of petroleum at a lower price. (For those not familiar with Jed Clampett, he was a Hillbilly from the Ozarks who fired a gun into the ground and up came a load of “bubbling crude”. He and his family are icons of pop culture as the Beverly Hillbillies.) Europe is acting more like a meth addict who is vowing to quit the drug in 8 months but still wants his fix today. Good luck with that.

There is no economy in the history of the world that grows and prospers while having to pay higher prices for oil. Those costs are not confined to just the oil industry. Anything made with oil or transported by oil based products will increase in price as well. That is called inflation. I seem to recall that the Weimar Republic in Germany had a go at inflation 100 years ago and that did not work out well for either Germany or the world.

Instead of statesmanship and diplomacy, the United States, Canada and Europe are acting like spoiled children angry at not getting what they want out of Russia. Rather than accept the reality that Russia is better positioned than any of the so-called First World nations to operate a self-supporting economy that can produce food and technology, the west persists in its delusion that it is pushing Russia to the brink of collapse. Psychiatrists have a term for this mental state–it is called PROJECTION. Look it up.