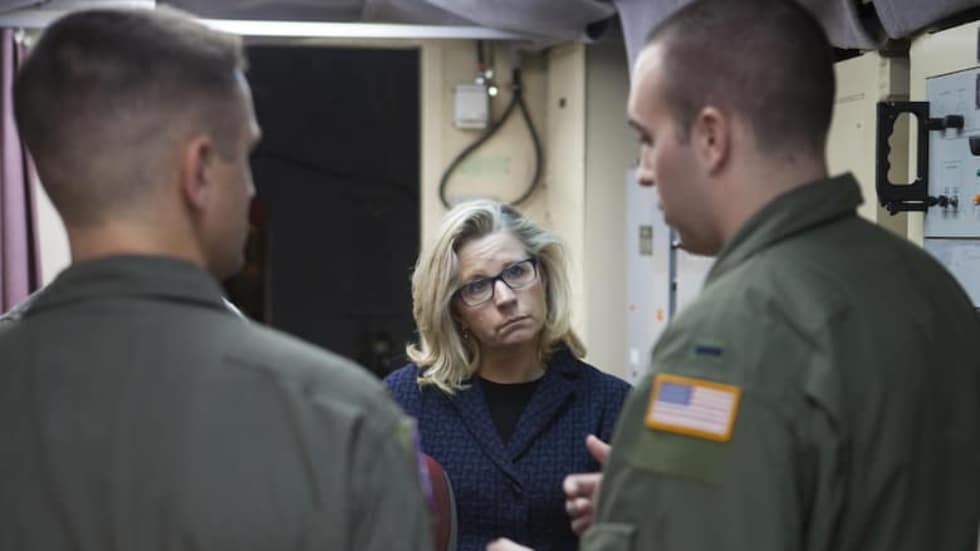 Congresswoman Liz Cheney said the US should take action in Ukraine in the event Russia uses chemical weapons, echoing a recent threat by Washington’s UN envoy, who warned that America will “respond aggressively” if such weapons are deployed.

Asked whether a “red line” should be established for intervention in Ukraine during an interview with NBC’s Chuck Todd on Sunday, Rep. Cheney (R-Wyoming) said chemical weapons would “alter our calculations” and potentially prompt a US and allied response.

“We in the West, the United States and NATO, we need to stop telling the Russians what we won’t do. We need to be very clear that we are considering all options,” she said, adding that “they [Russia] need to understand that if the brutality here increases, the United States will contemplate and consider every possible range of actions along with our NATO allies.”

United Nations Ambassador Linda Thomas-Greenfield, meanwhile, similarly declared that the United States would respond to the use of chemical weapons, though stopped short of describing what that would entail.

“We’ve been clear, if they escalate to this level, we will respond aggressively,” she told CNN’s Jake Tapper on Sunday. “You’ve seen the consequences so far of our actions against Russia and against Putin, and they are feeling those consequences, and they will feel more if they take this unfortunate decision to use chemical weapons.”

NATO head Jens Stoltenberg was also pressed on the same question during a recent sit-down with Todd, with the anchor repeatedly asking whether the military alliance would reconsider its refusal to impose a no-fly zone over Ukraine if Moscow deployed chemical weapons. Stoltenberg said that would be a “blatant and brutal violation of international law,” but cautioned against escalating the conflict into a regional or world war.

“We are very much aware that we need to act in a way that prevents this conflict from going from being a very bloody, ugly, horrific conflict in Ukraine to something that turns out to be a full-fledged war between NATO and Russia, in Europe, and also potentially involving, of course, the United States directly,” he said.

President Barack Obama infamously drew a chemical weapons ‘red line’ during the early years of the war in Syria and was pressured to get directly involved in the conflict. Despite backing rebel groups with hundreds of millions of dollars in arms, as well as allegations of Syrian government chemical weapons attacks, Obama resisted pressure to bomb or send troops, instead endorsing an agreement to destroy Syria’s chemical weapons stockpile brokered by Russian President Vladimir Putin in 2013.

The Donald Trump administration faced similar pressure to act following an alleged chlorine gas attack on the Syrian city of Douma. While whistleblowers from the UN watchdog the Organization for the Prohibition of Chemical Weapons (OPCW) have disputed the org’s conclusion that Damascus was behind the attack, Trump responded with missile strikes alongside France and the UK – some targeting sites cleared by OPCW inspectors just months prior.

President Joe Biden may soon find himself in the same position. While he has yet to paint himself into a corner with any firm ‘red lines,’ near-constant predictions of a Russian CW attack and calls from Ukrainian officials for major military support could ultimately prod the administration to take more drastic action, risking precisely the “full-fledged” conflict warned of by the NATO chief.