"Is Ukraine Abandoning its Military Units?"
Larry Johnson
A Son of the New American Revolution (May 9, 2022)
https://sonar21.com/is-ukraine-abandoning-its-military-units/

There are a collection of videos, images and words scattered around various social media channels that paint a horrific picture of a Ukraine headed for defeat [emphasis added]. While one must always consider the possibility that the Russians staged these videos and images, I think it is unlikely.

First up is the wife of a Ukrainian soldier who is almost encircled in Severodonetsk. The worried spouse describes the catastrophic situation of the Ukrainian troops in that city and pleads with Zelensky and the Ukrainian General Staff to rescue the embattled soldiers. 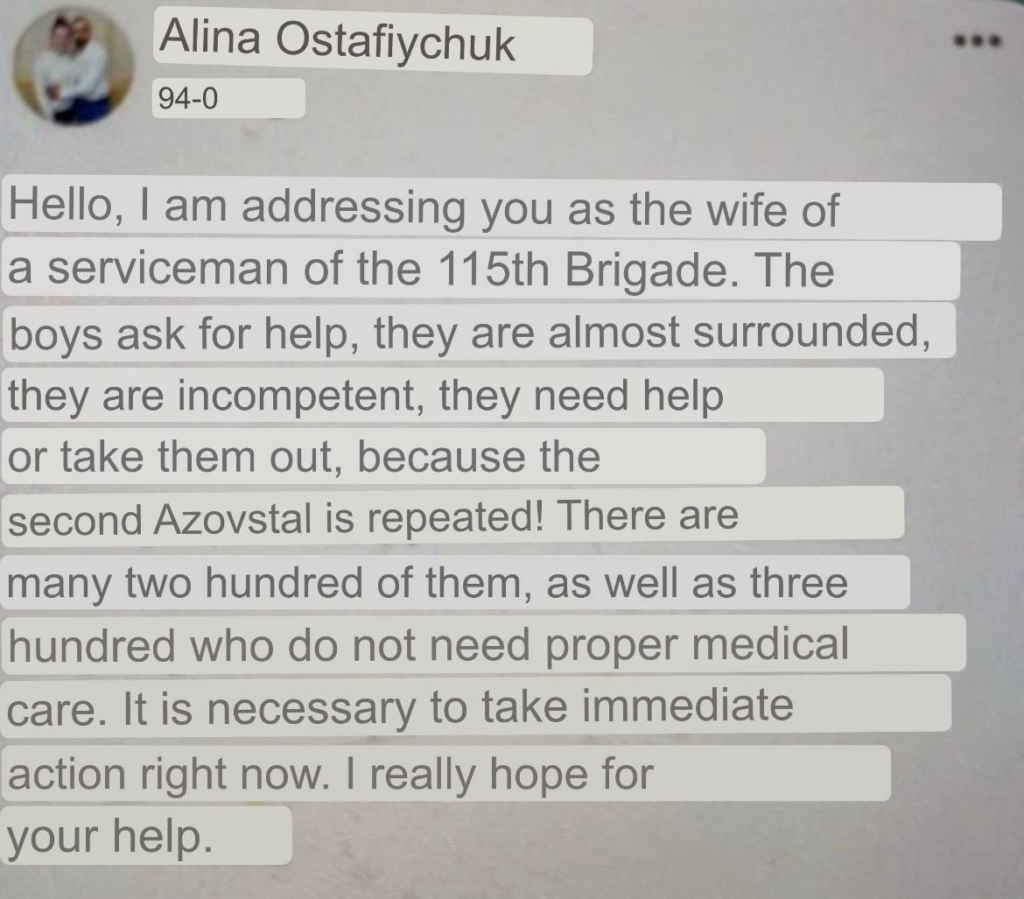 Abandonment appears to be a more common theme among the Ukrainian troops battling the Russians. The following commentary is not unique:

Rumble video: ["All the commanders of the 36th [brigade] are gone"]

Rumble video: ["Our leaders deserted us."]

The Ukrainian fighters hiding in the bowels of the Avostal Steel Plant echo sentiments of these POWs:

Ukrainian soldiers at the besieged Azovstal steel plant have vowed to keep on fighting “as long as we are alive”.

Russian forces have continued shelling the steelworks building which is the last holdout of resistance in the ruined south-eastern port city of Mariupol.

However, soldiers from the Azov regiment have refused to surrender despite being vastly outnumbered.

“We will continue to fight as long as we are alive to repel the Russian occupiers,” Captain Sviatoslav Palamar, a deputy commander of Ukraine’s Azov Regiment, told an online news conference.

“We don’t have much time, we are coming under intense shelling,” he said, pleading with the international community to help to evacuate wounded soldiers from the plant.

Unfortunately, this Yahoo article reflects the propaganda themes pushed by the west–i.e., the brave Azov regiment holding on like fighters at the Alamo against the Russian horde. For starters, this report whitewashes the fact that Azov embraces Nazi ideology and symbols. They are not just a regular group of patriotic Ukrainians fighting communism. Second, these guys are hiding, they are not “fighting”. One or two may poke their head out of their bunker to take a potshot at Russian troops, but Russia continues to rely on artillery and airstrikes as the primary means of destroying the neo-Nazi safehavens. The Russian forces are not rushing the buildings in a suicide charge. They are using drones to pinpoint the remnants of Azov. Once located, the site is subjected to an artillery barrage and aerial strikes. It is only when the rubble is smoldering and belching smoke that the Russian troops creep forward to secure the site [emphasis added]

The fate of the Azov unit in Mariupol is simple and stark–surrender or die. Many in the west fail to understand the sheer horror of the carnage. The following video (WARNING–GRAPHIC CONTENT) shows a unit of Russian troops tasked with collecting and burying the bodies of fallen Ukrainian troops. It is an ugly business:

Russia did not pause operations today in honor of Liberation Day. They continue to press the attack on multiple fronts. A primary objective is to locate and destroy western supplied military equipment and armaments. There was quite a bit of activity in Odessa on the night of May 9:

I agree with Andrei Martyanov–Ukraine is a dead country walking. The Ukrainian leaders have not yet awakened to the reality that they cannot defeat the Russians. Russia’s Putin is not a prisoner of a timetable and enjoys massive support at home. And his army is racking up territorial gains. Ukraine’s figurehead leader, Volodomyr Zelensky, cannot make the same claim. Military relief columns are not rushing to rescue trapped troops. They are going the opposite direction. The situation is made more dire because Ukraine is economically eviscerated and there is no hope of fixing it on the horizon. I conclude with this map that summarizes the losses: 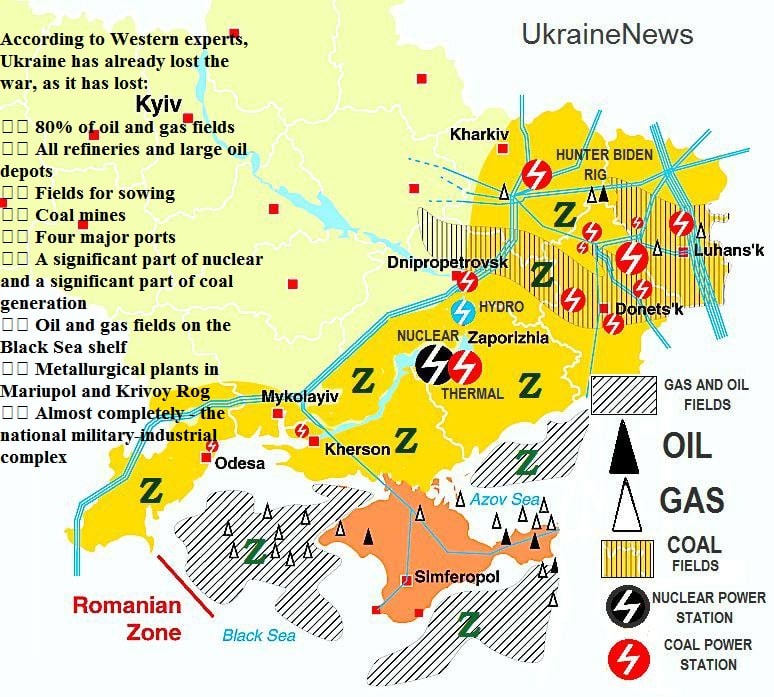